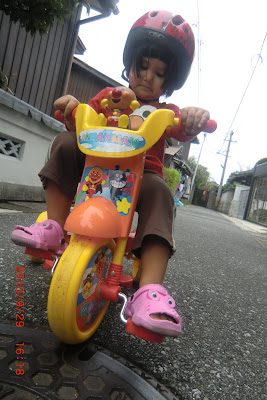 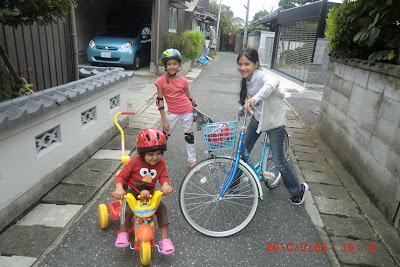 Two wheels, three wheels and four. Lena's not actually all that fond of the skateboard, but she won't be getting a bike until she's in 4th grade, so she has to make do for now.

Left: posing as usual! Right: No, Erica, this is NOT how you steer your new tricycle...

Left: Crash! Right: Lena prefers the mum-power method of getting around 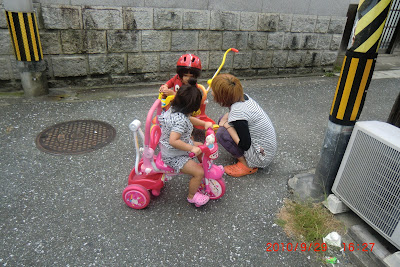 With the neighbor, Kiara-chan on her Kitty trike. She's a few months younger than Erica, but way faster as she's had her trike for longer. 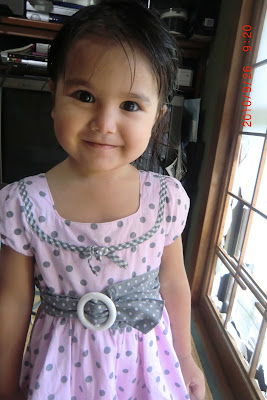 Erica before the party, and just before we went to get her Dora haircut. And yes, it is a Pumpkinn Patch dress! We held the party on Sunday, the day before her birthday. It was a Dora-themed party, only the Dora party set didn't arrive until Tuesday. Oh well, next year's party will also be Dora-themed then!

Amy took charge of the decorations, including crepe paper flowers, and print-outs of Erica's favorite cartoon characters on the doors and walls. Guests arrived from about 1pm: Kevin from work, with his baby Sara; Kristin all the way from Fukuoka with her three; the Haradas of course, with birthday boy Yuuki; the Leons of Tropicoco; Maia and her mum Harumi, and Mayumi and Hana.

Simple party - we fed them then left them to it! They played hard, inside and out, upstairs and down, then we gathered them all together again at 3pm for cake and ice cream.

Amy and Lena went out on their own to Youme Town to buy a present for Erica on Saturday morning. They were gone far too long, and called me from Daddy's Shop, where I picked them up on the way to work. They got her an Anpanman bath set - bucket, soap dispenser and water pistol. They took so long because they had to run back to get the wrapping paper. They also got Yuuki a present, a Kamen Rider figurine. It matched the fancy belt he's wearing. 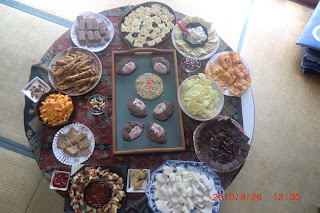 Party Food! Below, the Dora the Explorer cakes, with a simple centrepiece for candle-blowing, and because Yuuki has no idea who Dora is, and would probably not be interested in a girl face. He wasn't - he kept pointing to the candy-covered cake in the centre! From the top: fairy bread, crackers with onion-flavoured cottage cheese spread, mini pizzas, apollo chocolate (strawberry and chocolate, shaped like the Apollo module), sour cream and onion Frito lays from the US that just turned up in Fadies the day before, caramel slice that I made, shaped sandwiches (ham, cheese or jam, shaped as tulips, birds, hearts or flowers), a jam tart Amy made, chippolatas (sausages wrapped in pastry) made by Amy and Lena with salsa and plain tomato sauce, ginger crunch made by me, real bonafide genuine NZ Twisties!!, Marbles (like smarties), cheese pastry twists made by me, and real actual Tim-Tams from Australia, a gift from Maia's Australian exchange students.

Kristin also took some close-ups of the food, check out the bottom of the post here 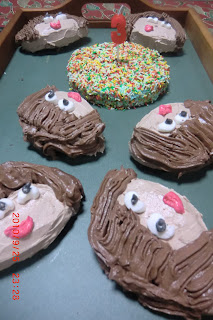 Left: when I asked Erica what she wanted to eat, she pointed to the Apollos, so I gave her three, since she is three. She looks disappointed, but she was actually quite happy with that! I think she did go back and eat more food. Right: that's Erica's foot in her new gumboot. That strange blond man behind her is her father.

Getting her present from Daddy. It's the Dora sticker set and underpants you can see on the right at front. There were also Dora pyjamas. She wore the top for half the day, until I convinced her (read struggled and fought) to take it off. She also got a different Anpanman bath set, an Anpanman drum set and food set from Raoul and Ana and Max and Maguno, the boots from Maia and her Mum, stickers and a sticker book from Kristin and Hiro and Sasha and Tommy, who all chose the stickers themselves. A Donald Duck, a Kitty and a Disney Princess sticker book from the Haradas, and ice cream set from Kevin and Misako and Sara, and a Kitty towel from Hana and Mayumi, plus balloons and bubbles and spring toys from me. And I'm going out now to get her an Anpanman tricycle!

Yeah, but only just.

LOTS of work to do! Tests to mark, lessons to teach, essays to check, and then housework, oh and those three little humans who live in this house keep bugging me to get them food and stuff like that.

BIG messy human at least gets his own food, or doesn't eat at all (he's on a diet, wants to be appropriately punk-skinny for the Nakatsu Sex Pistols gig in two weeks).

AFWJ Journal in the can, so I can now resurface, bathe the children, and use other areas of my house apart from a path kicked through the mess from the teapot to the computer.

Off to visit Ming-Ping today! Sadly may have to miss Pinglet as I have to get back to work. Will also miss Sara and crew tomorrow too.

Erica's birthday party this weekend! So, lots to do for that, and it should be fun! Her actual birthday is on Monday, and me and her father will take her shopping for her present - she's going to love it!

After that I have tests to mark, probably more essays to check, a college semester to plan, and then I can start planning our trip to Hong Kong/Auckland/Rotorua/New Plymouth/Hawera/Opunake!

Posted by Rachel at 8:45 am No comments:

Not quite, as now I am too tired again!

Well, fab birthday... will do some posts on that for sure.

2 new staff quit, so loads of extra classes for me on top of editing the Journal again this month on top of suddenly having a lot more proofreading to do, on top of sleepless nights in this stupid heat!

Nuff said, tonight the blessed typhoon is cooling the air, so I am going to bed NOW

Posted by Rachel at 8:59 pm No comments: 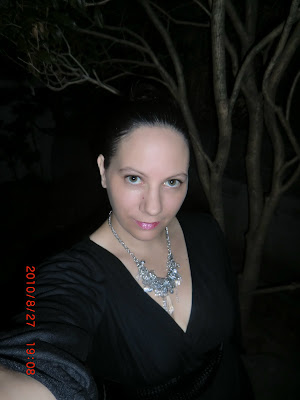 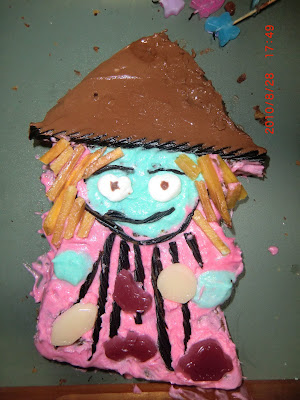 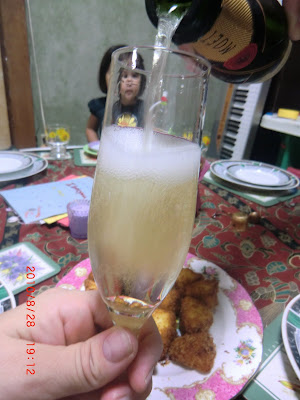 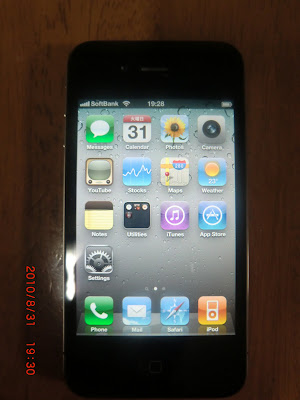