Late last month, we did some modeling. A friend referred us, his wife had done some shots for the guy and recommended us to him. I honestly truly thought he was going to take some photos of Erica. I even prepared Amy and Lena for that probability, telling them it was not about them. I just figured that Japanese photographer + 3-yr old model = 7,5,3 shots, and that there would be an assistant, and that Erica would be dressed in a kimono.

Well, I couldn't have been more wrong! His aim was to create atmospheric, deeply shadowed shots, reminiscent of Caravaggio. We all showered before we went, luckily, and by another stroke of luck coming out of a small moment of doubt, I put them in nice clothes before we went, VERY luckily as there were no kimonos, no assistants... just him and us and a camera. Alas, I had not put on make-up though, and while I usually don't wear make-up on a day to day basis, I did feel very wrong and naked without it with a camera shoved in my face.

Lena was SO upset that he didn't take any of her with her Mummy. But I think it kind of made up for it that HER picture was the only one that ended up in the shop window! 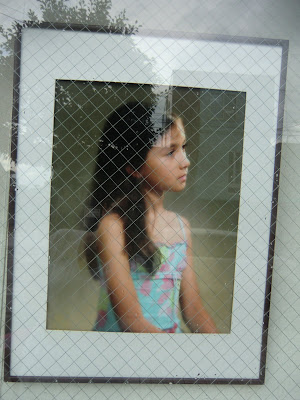 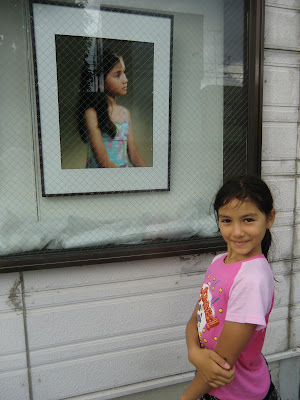 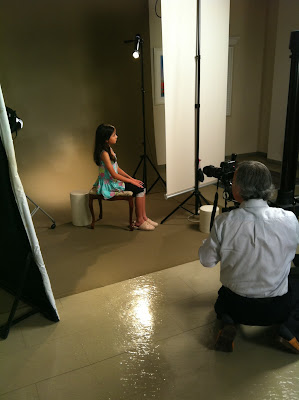 She's lovely! You all are.