We have joined the Avatar Club, the exclusive club of millions who have seen the much hyped movie in 3D at the theatre. It only cost 17,900 yen (US$200 or NZ$290) Imagine what I could have got shopping for that price!

We started out the day driving, a fun little road trip for me and the older girls, leaving Erica at home with her Daddy. We left in a little bit of a rush, as I had been thinking 'Kokura, one hour' after visiting Christine and Erica's hospital too many times, and forgot to factor in the extra time it takes to get to the station from there! So we left with JUST enough time to possibly get there on time to catch the start of the movie...

15 minutes down the road and a horrible realization dawns on me - I have forgotten to bring money! This is unprecendented, as I usually not only don't forget the essential cash, but also put in extra cash and my credit card, just in case! I quickly run through my options:

*Credit card - no, didn't bring it
*ATM card - yes, have it, but where is an ATM, and will I have any money left in the account? Usually I only leave in enough for a few automatic payments, which were due to be paid the day before. I find an ATM, and this being Japan, it's closed.
*Borrow? - but from whom, and where, and how and can I guarantee anyone will happily have a few hundred to spare, on a Saturday morning, with no warning?
*Get Kanji to drive to meet me half way and hand over some cash - I called, hoping he would offer to do this despite being in his pyjamas, hungover, with no car and taking care of a two-year old with a fever. Unsurprisingly, he said he could do nothing to help me.
*Go another day - no, Sunday is out as Kanji is away, and he's working on Thursday. Next weekend is booked solid, and I can't trust that the movie will still be showing in two weeks' time.

The train was the last option, and as I mentally calculated the duration, approximate timetable and present time, I realized we had JUST enough time to rush home, grab some cash and rush off to the station. Hurtling down the street to our place, Lena ready with her hand on her seatbelt, ready to leap out of the car, and run inside, Kanji already phoned and standing ready with cash, we flew over the bridge by our house, completed the hand-over and raced back to the station, to find the train due to leave a comfortable five minutes after my estimate, giving us enough time to actually buy some drinks and visit the bakery before boarding the train.

We walked straight from the station to the cinema, straight upstairs, got our tickets and the obligatory overpriced popcorn and coke and even had a few moments to spare before they opened the theatre.

I was intending on getting the slow (cheaper) train home, but Kanji called just as we were walking out of the mall, having had some lunch and dessert and coffee. (http://www.decocity.jp/shops/guide/tenpo/524200.php ice cream store, a Coldstone clone, motto 'We make your ice cream with your heart') to say he needed to leave at 3:30, so we had to get the express again.

And the movie? It was great! I love a movie that presents a whole new world of ideas, a melding of fantasy and science fiction and yes, the special effects were AMAZING! 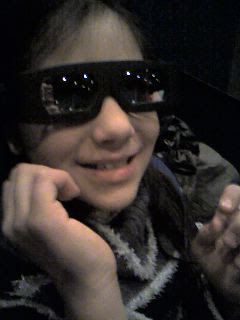 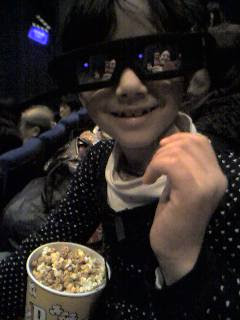 Amy and Lena wearing their 3D glasses. If you look closely enough you can see me grinning like the Cheshire cat in Lena's glasses. 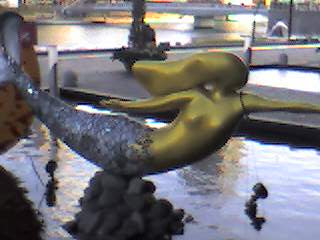 The Hammer-head mermaid. Unfortunate hair, Amy reckons it looks more like a hammer-head shark than a woman. 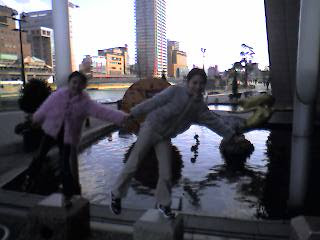 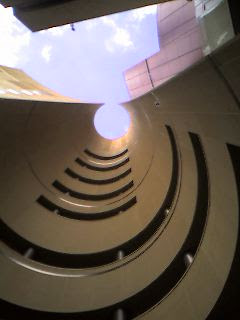 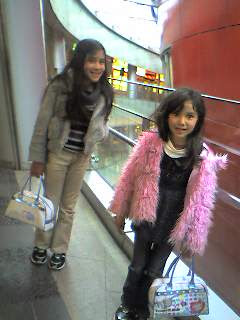 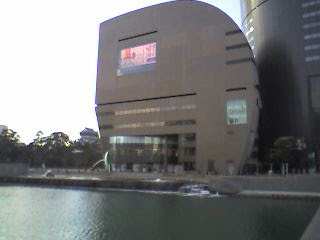 Tiny thing centre left. To think they used to command the plains, the centre of political and economic life. Dwarfed by modern buildings, the castle now makes a pretty view for people dining at the canal-side cafes, something for tourists to climb up, and not much else.
Posted by Rachel at 4:46 pm

That's pretty busy to get all that done and still be home by half three! I probably would have chucked it in after realizing I had no money - but then a three year running in to get money of a husband who has none probably wouldn't have been ideal situation.

Hows the waitangi day party coming along? I want to try and steal your land and throw eggs at you. Pleeeeeeeeeeeeeeease.

I'm stubborn. And I knew I wouldn't get another chance!

Okay, Waitangi party on the 28th, or is Sat. better for you?

Remember, if I grant you land, you have to cook a hangi in it. No kidding, I don't have pretty lawn or anything, you're most welcome to dig it up!