Both Amy and Lena celebrated their birthdays in New Zealand. Amy was last, but goes first in the blog because she's older. 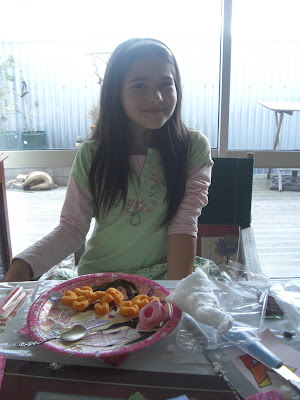 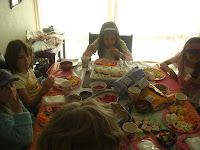 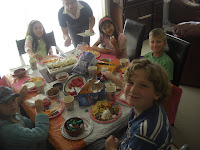 Amy's party. Only one guest came from school, Lily, on the left. All the others are cousins, except Lena. We can drum up an instant party in NZ! 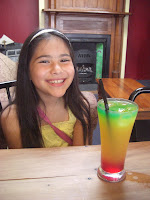 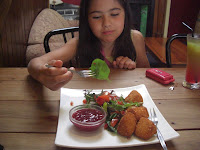 Another promise I made to Amy was that I would take her out to lunch, just me and her. I had planned to take them both out for a lunch with Mum last time we were in NZ, but after Erica burned her hand I ran out of time to take Amy. So she had her turn this time, to coincide with her birthday. We went to Morreison's, and had the wonderful deep-fried camembert I love so much! The rest of the meal was only so-so. 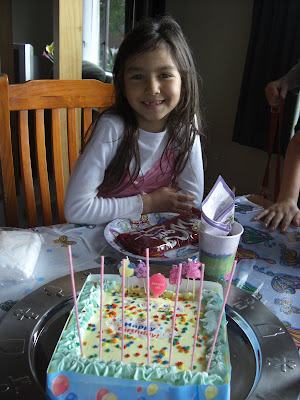 My beautiful seven-year old, with her ice-cream cake 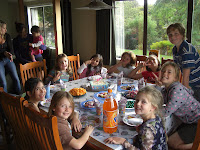 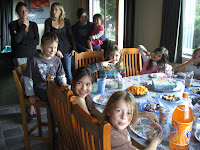 Lena's instant party - cousin Keelah had had a sleep-over the night before, so we 'borrowed' her friends for a party the next morning! Plus cousins, and aunties on the left in the photo on the right. 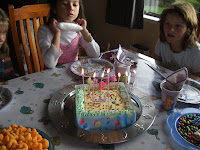 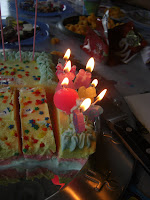 Proof that ice cream cake and candles DO mix - for a few precious seconds anyway
Posted by Rachel at 4:46 pm