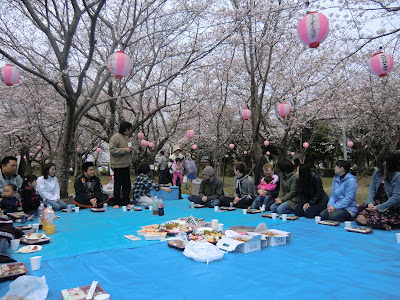 Company Picnic. I don't know how I've managed to miss it for several years running now... not sure why I missed it last year, but 2009 I was in NZ, 2008 perhaps it was because Erica was little, and I wasn't working at the time, 2007 probably because I had pg nausea and found the idea of going and smelling meat cooking and watching everyone drink beer to be quite depressing! 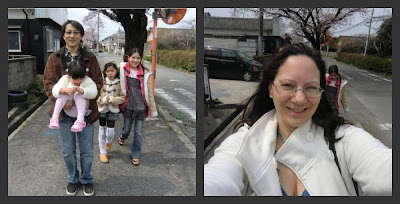 Coming up the road by the park 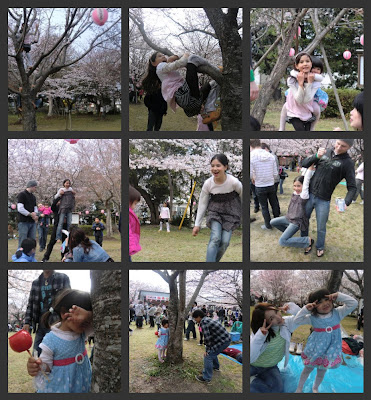 Kids and parks, always a perfect mix. Top: Lena's tree-climbing antics, and two priceless expressions caught on camera in one day! In the second, it's taken literally a second after she said 'She's killing me!'. Middle: Amy's games - getting lifted by Nakano-sensei, who succeeding in lifting her after trying to move Rob off the ground. Running around with baby Sara, and getting a swing off Rob. Bottom: Erica playing hide and seek with her Daddy, clutching her precious Candy Apple, which I refused to buy for her, but which Daddy bought for her after approximately one nanosecond of begging. Such a softie! Bottom right, with her soon-to-be kindy teacher Tomomi. 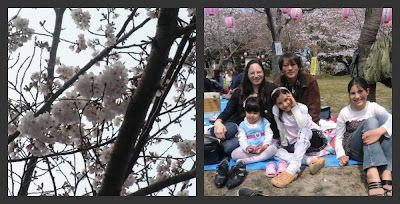 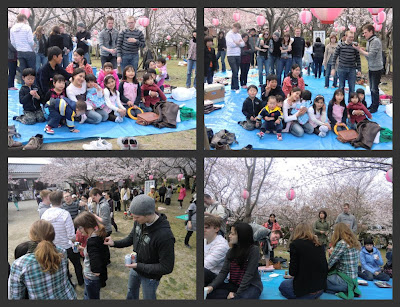 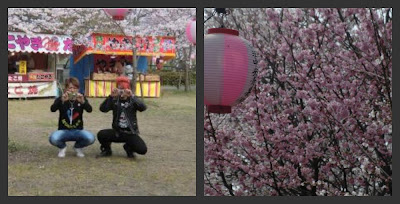 Dudes from the next picnic along who we roped into taking our group photo. Loved the guy with the red hair, leathers, and fag hanging out his mouth as he took the pic! Even the toughest J. guys go to admire pretty flowers and politely take strangers' photos! 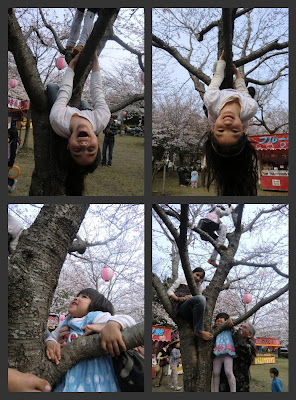 Kids and trees, another winning combination. Erica getting a bit of help! 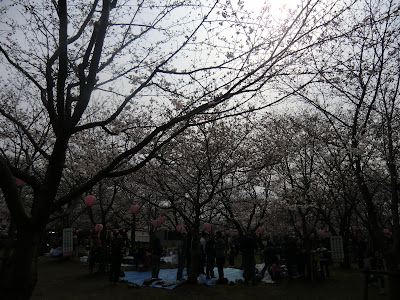 As the afternoon wore on

Kids play. Somehow they figure out what the other is saying...
Posted by Rachel at 3:42 pm

What a beautiful family you have. I felt like I was having fun just looking at your spring partying.

Thanks Lily! Would have been nice to meet you when you came through last week, maybe next time you hit Kyushu!